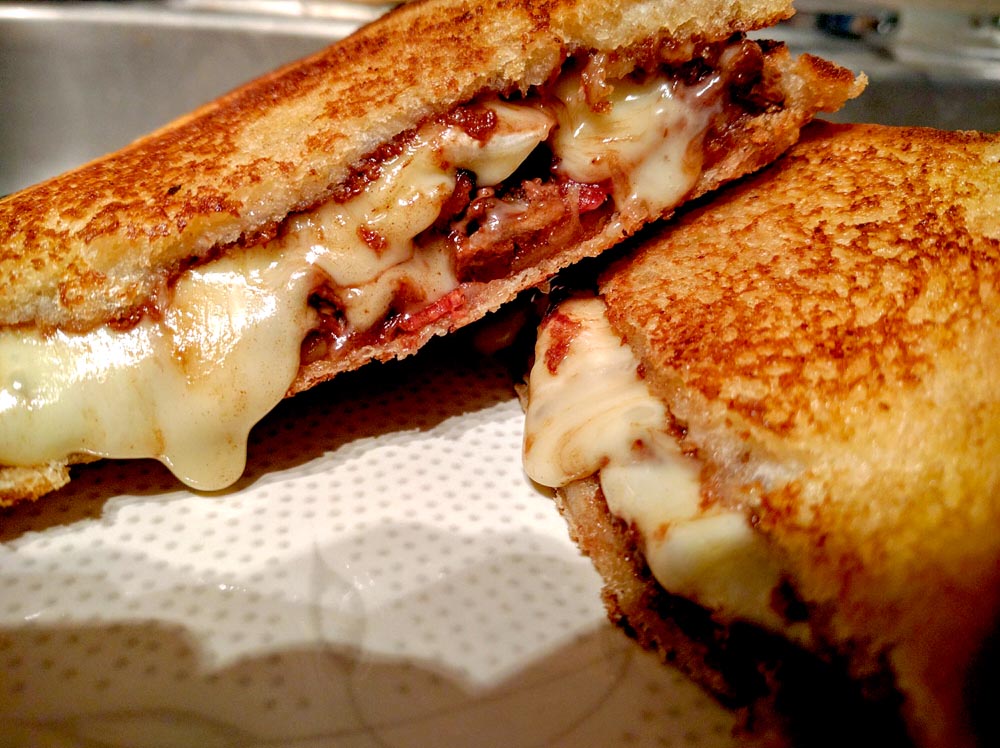 Okay, this grilled cheese sandwich is legitimately amazing. You can make it with Brie or with a good triple cream. I told the cheese monger at my local supermarket what I was making and they suggested a brie that didn’t have a super “mushroomy” taste to it and I thought it turned out great.

Do you know what the key to a great grilled cheese is? It’s all in how you cook it! Here’s how I made this.

If you’re feeling adventurous, you could also add bananas. You could even grill the bananas and caramelize them in the skillet after the bacon is done cooking and you’ve drained the excess grease.