I’ve been on the job hunt for a new PPC/SEM position recently. After filling out dozens of applications I decided to see if I could visualize the locations of the jobs I’ve been applying for.

I signed up for an indeed API account and used the IMPORTXML function in Google Spreadsheets to come up with the following visualizations.

The first visualization shows job listing density by state. I first created a pivot table and did a count unique of Job Titles, but I realized there were a lot of overlapping titles. I then realized that the XML from the API returns a unique job key for each listing so I used that instead. 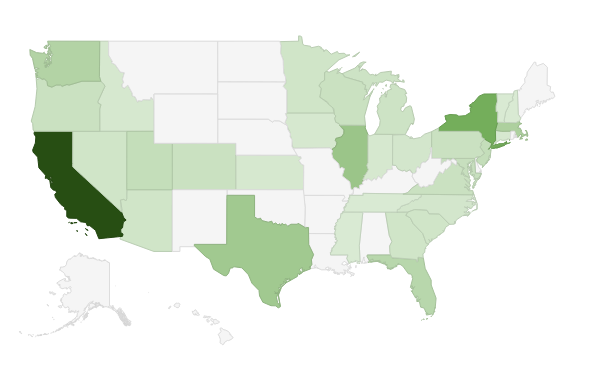 The XML from the API also returns a longitude and latitude for each post so I visualized each job key across cities. It’s interesting to see that there are some states in the US with no job listings for PPC or SEM roles. I wonder why? 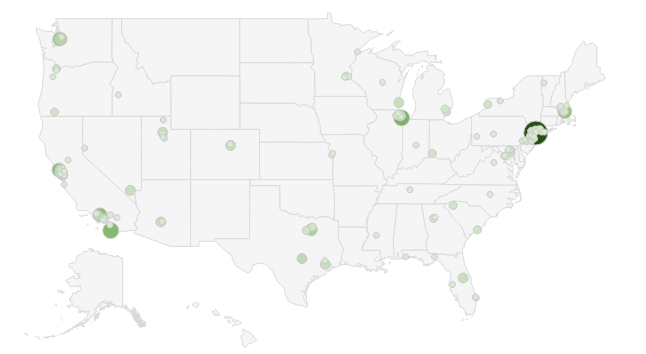