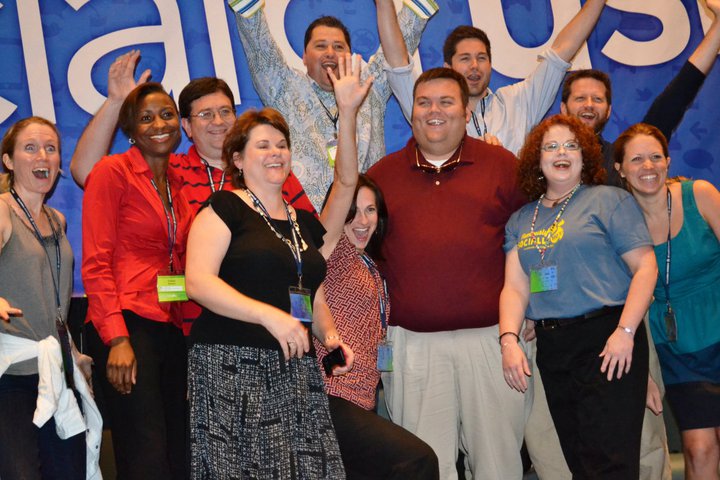 Today is the first day that I’ve been home since December 23, 2012. My house is a wreck, there are presents, clothes, suitcases and STUFF everywhere. I should be getting ready for church, but instead I want to memorialize Rick Stilwell before I do anything else.

I am personally having a hard time trying to figure out exactly what I want to say. Rick was a friend, a mentor and a father figure to me. Rick showed me how real men should act online and off. He loved his wife and he loved his children.

I had no idea until yesterday that Rick was an ordained pastor. He was truly an example of how Christians should live their lives and share the love of Christ. Like a lot of things, he would share with you, but he never pushed anything on you and wasn’t in your face about it. He was an honest, down to earth person.

Rick and I spent a lot of time together as we tried really hard to rebuild Social Media Club Columbia. He had a very vested interest in growing our community when I lost sight of what was going on. He never asked for money for doing things and was always the first to lead workshops.

On car rides home from meetings, we would talk about life, love, friendships, relationships and children.

One conversation that I remember clearly was how he handled letting his children surf online and trusted them completely. Rules attached of course. It made a huge impact on me.

Rick was also an editor for this website. He would copy edit my posts because I guess he saw potential in me. Towards the end when I wanted to ramp up my writing, he even tried to help me find someone new to take his place.

Since I didn’t get to tell you in person, I’m going to tell you now and share it with the world.

Rick, thank you for everything that you've done for me, for Columbia and for our entire community. There are people whose lives you've enriched just by being their friends. You were a friend and a mentor to me. You've made me a better person just by showing me how a real man leads his life. You also meant so much to the social media world in Columbia. You were a builder, a leader, a tinkerer and a thought leader for us. I'm sorry that someone in the local media called you a 'guru' I know you despised that word. I know that you are in a better place right now, probably having coffee with God. We all love you and we will keep carrying on your legacy.